Active managers: The time is now

It’s not pretty out there.

Volatility may have improved, but active managers are under more pressure than ever, as the flow of assets into cheaper passive strategies has continued at pace.

Those asset management leaders who do have space to think longer term are confronted by the threat that artificial intelligence will supplant human fund managers, or that outsiders like Google will enter the market, using their brand and data strength to disrupt fund management in the same way Uber has taxi drivers.

In these choppy seas, everyone’s first instinct is not to rock the investment process boat.

That feels safe, but it’s an emotional response – and exactly the wrong thing to do.

True, there will never be a good time to change your process; the markets are rarely calm enough and, even when you do have downtime or a vacation in which to reflect on how you do things, it’s likely you won’t have the bandwidth to execute once you’re back in the saddle and the market kicks off again.

But now, more than ever, is the time to stop and consider how you could be learning from past success and mistakes in a more efficient way, refocusing your team’s energy on doing more of what you’re good at, and less of what you’re not.

Technology is the problem.

Yes, you have more sources of information than ever – more quant reports, more ways of looking at risk, more digital lenses through which to view the market.

But having seen the inside of countless fund management firms during my 10 years as a portfolio manager and 15 years in buy-side financial technology, I can tell you this for certain: the way that the vast majority of fund managers make decisions has not changed in 25 years. 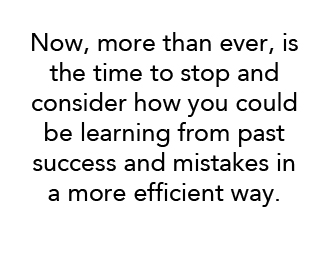 This is more alarming when you consider how much we’ve learned, during that time, about the impact of cognitive bias on financial decision-making by everyone – including professional investors.

At the end of the day, whether the strategy is hedge or long-only, active management involves a portfolio manager who reviews the information presented by analysts, risk systems and external sources, and then makes what is ultimately a qualitative judgement call.

Has the quality of these judgement calls improved at pace with developments in the rest of the industry? The answer is a clear and resounding No.

Technology is a big part of the problem.

Presumably you’ve noticed the contrast between the smooth, increasingly intelligent technology you use at home and the often clunky, legacy software used at work.

In most cases, the tools used by professional investors to capture, manage and measure their investment processes haven’t changed since the advent of Word, Excel and email.

There may be more inputs, but the “decision machine” itself hasn’t seen an upgrade in several decades.

No surprise, then, to see computer-driven investment strategies – which constantly iterate on their approach – steadily stealing market share from human fund managers.

It is broke. But you can fix it.

The good news is that humans are still better at making complex judgement calls than machines.

Also, whilst artificial intelligence is advancing in leaps and bounds, we know that many of the patterns necessary for machine learning actually fail to present themselves consistently in financial markets.

Human intelligence, and the individuality that it expresses, remains a crucial element in the equation. Indeed, the future of most industries is a combination of man and machine, rather than a question of man versus machine.

In chess, this is kind of dual-strength player is called a “centaur”: one who combines human intuition, creativity and empathy with a computer’s ability to crunch numbers and make predictions based on the past.

But that doesn’t mean that human investment decision-makers can rest on their laurels.

For even though investment management is an industry whose true value proposition is the way decisions are made, very few managers are doing anything to make the decision-making process a provable competitive advantage for themselves.

It’s time to go into “centaur” mode – to make the most of the technology, not to replace your human decision-making, but to support and strengthen it. To leverage the data you’re already collecting to develop ways of working more effectively.

The tools ARE available – you just need to prioritise putting them into place. 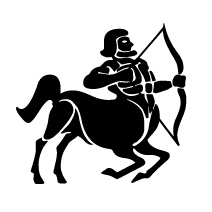 The centaur is a Greek mythological creature that combines the dexterity and intelligence of the human, with the speed and strength of a horse. Today’s Centaur Model suggests that the best outcomes will not result from humans or AI acting in isolation, but rather from a powerful combination of the two working together.

“Nice to Have” will be “Must Have” in the near future.