From Flushing Meadows to the NYSE: Why your behavioral idiosyncrasies matter

John Quartararo is the Managing Partner Partner of Chestnut Ridge Partners, provider of advanced technology solutions and business development services to investment managers. He is also a lifelong tennis player and fan.

We’ve entered the opening stages of that great festival of tennis – the US Open. There are some outstanding players in the competition and we are privileged to watch them play.

In my last post, The Numbers Behind the Score, I explored how tennis pros are increasingly turning to data-driven feedback and machine-learning to understand the technical strengths and weaknesses of the way they play.

This time, I’d like to focus on the other side of the coin: that of player behavior, including some of the more watchable aspects of the psychological game we will see at Flushing Meadows.

It’s widely recognised that professional tennis today is a physically exhausting phenomenon – matches can last up to five hours in gruelling heat and there is little opportunity for real rest during a tournament cycle.

Despite this, a standout feature of this year’s US Open is the number of top seeds who are in their early to mid-30’s. How can this be?

These seeded players are certainly not at the peak of their physical prowess; both Nadal and Federer took extended breaks at the end of 2016 to deal with ongoing injury problems and Williams has only recently returned after giving birth to her daughter in September 2017.

Having each played from a young age, they will also be aware that their respective tennis games show the inevitable signs of ageing, from weakening legs to less snap in their stroke.

However, these players have another advantage: their mental strength.

These top seeds are all players who have evolved their mental game to the extent that it can compensate for plateauing performance in other areas.

A good on-court mindset is paramount in tennis.

Singles tennis is an intense personal endeavor with tiny margins of error. Momentary lapses of concentration leading to a miss-hit return of serve, or a volley into the net, can very quickly transform a game’s momentum in favor of the other player.

Singles tennis is also a lonely game; there are no opportunities for on-court coaching and feedback from the crowd – seated almost within touching distance – is a tangible energy that can either carry a player or multiply the pressure. Add to this the silence between points when players have no distraction from their elation or despair.

Sports psychology is, if course, an integral part of the behind-the-scenes training that takes place from a player’s early years though to the preparation in the months ahead of the big tournaments.

In this post, however, I’d like to focus on the aspects of behavior that some of these top players demonstrate during the tournament – often as we watch them play.

At first glance, these rituals or habits may seem quirky, strange or irrational:

What do these rituals or habits contribute?

Eccentric as they may seem, anyone who plays sport seriously will recognise the role they play in helping a player to control their environment, regulate their mood, and/or clean the slate for the next point.

In his autobiography, Rafa: My Story, Nadal addresses whether his rituals are little more superstitions:

“I put the two bottles down at my feet, in front of my chair to my left, one neatly behind the other, diagonally aimed at the court. Some call it superstition, but it’s not. If it were superstition, why would I keep doing the same thing over and over whether I win or lose? It’s a way of placing myself in a match, ordering my surroundings to match the order I seek in my head.”

Indeed, when Marinko Matosevic deliberately knocked over Nadal’s water bottles at this changeover at the 2013 Monte Carlo masters, Nadal’s world didn’t fall apart. Instead, he laughed it off because he knew he had an easy but dependable mechanism to reset his focus whenever he needed it.

Is it real if we can’t measure it?

At Essentia Analytics, the focus is on measuring how much a given behavior contributes to positive performance, or detracts from it.

Can we think about these tennis rituals in the same way?

In considering this, forgive me if I turn to my own experience for a moment.

I’ve played a lot of serious amateur tennis in my time – I first picked up a racquet when I was five, played years of junior tournaments in New York, and eventually played D1 tennis at University. Like many of you who play tennis regularly, I’ve built up my own set of habits – some of which I now carry out quite unconsciously:

Are these things worth doing? Are they truly necessary to my performance on court?

Maybe realigning my tennis strings does make some small difference to the spin and trajectory of each ball I hit. Maybe I cover a clay court faster because my shoe grips are clean.

However, the reality is that it’s impossible to accurately or meaningfully unpack the ROI of such actions. That’s because – for tennis and many other athletic disciplines – they tend to form an organic part of a wider process, one which – alongside the many hours of practice at nets, in the gym etc – gets a competitor in to physical and mental groove where they are ready to play their best.

That this overall process works is supported by the data: Players like Federer, Nadal and Williams have all demonstrated a level of consistent performance that is the mark of sporting legends.

Your kind of performance sport

For fund managers, analysts and other investment decision makers, “in-game”behavior and psychology also plays a critical role in delivering performance.

We now understand much more about the wide range of behavioral biases present in financial decision-making, and the ways that a professional investor’s behavioral traits and mental habits can impact the final outcome.

Unlike tennis, however, recent advances in data science and technology mean that investors CAN isolate and measure the value of some of these traits.

This gives the investor the chance to develop – if you’ll excuse the tennis metaphor – “their whole game”; doing more of what they’re good at, and less of what they’re not.

Furthermore, because behavioral science has revealed a range of idiosyncrasies that are common to all of us all, what one portfolio manager learns about themselves can have value for the whole team, and the unique investment process they deliver.

Individual behavior and psychology is an important driver to superior results in both tennis and investment management.

At this year’s US Open, we’ll see the role it plays it in helping some of the world’s leading players deliver their best performances.

Sadly though, I – like every other tennis player – have to accept that the value and role of Roger’s idiosyncrasies can’t be applied to anyone but Roger. Even if I put eight rackets in my bag and carry out eight bottles of water, it will never help me to play tennis as well as him.

For investment managers, by contrast, this sort of behavioral opportunity does exist.

By being able to explore, using data, where their individual behavior hurts or hinders investment performance, today’s portfolio managers now have the chance to refine their game. Furthermore, the insights gleaned can be applied to wider investment process as used by the whole team.

See how Essentia can measure your investment behavior.

Want to try an investment coach?
See who we recommend. 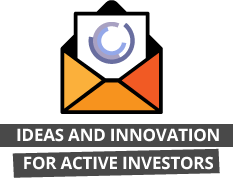