Why Investors Tell Themselves Stories 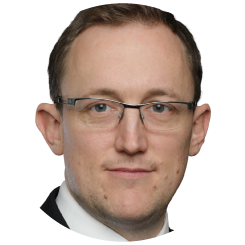 Joe Wiggins writes at Behaviouralinvestment.com and is also a Senior Investment Manager at Aberdeen Standard Investments. He will appear on the panel “Applying Behavioural Science to the Investment Process” at Essentia Analytics’ Behavioral Alpha conference in London on May 15.

“Narratives are human constructs that are mixtures of fact and emotion and human interest and other extraneous detail that form an impression on the human mind.”

Stories have long been fundamental to the human experience – they are vivid, coherent and memorable – and are crucial to how we interact with the world. Although the term ‘story’ conjures images of fairy tales and myths, there is little that occurs in our lives around which we do not attempt to weave a narrative. Stories cater to our need for sense-making [ii] and our desire to observe causality – and in one form or another, they underpin most human decisions, including those related to investing.

One particular model of decision-making – the explanation-based theory – emphasises that in certain conditions, individuals start their decision process by developing a causal model to explain the available evidence [iii] – to rationalize it, in other words, and put otherwise potentially abstract data into context. In this model, the story created informs the ultimate decision as much as the standalone evidence. Nancy Pennington and Reid Hastie, the academics who developed the theory, argue that trial jurors are more likely to be persuaded by evidence if it is presented in the order of a logical story [iv] than if the same evidence is shown in random order. What’s more, the story each individual develops around the evidence will be unique and dependent on their own characteristics, beliefs and experience.

The juror example is useful when considering the role of narratives in investment decision making. Pennington and Hastie note that their explanation-based theory is particularly applicable when decisions are large and complex, as investment decisions often tend to be. In fact, investment decision-making is a domain in which stories assume a particular importance in driving, informing and justifying conclusions. There are two key reasons for this:

– Complexity: Narratives aid our comprehension, or, at least, can lead us to believe that we understand something. As David Tuckett notes about financial markets: “there are few human institutions more alien to our understanding.” [v] There is intricacy and complication even in the simplest of investments, and if we start to consider the innovation and product proliferation that have come to define the industry, many investments can be fairly considered unfathomable. Stories are therefore important in allowing investors to both simplify and justify decisions. (This includes the decision to buy inherently complex investment products, as anyone engaged in investment marketing can attest.)

– Uncertainty: Financial markets suffer from profound randomness and unpredictability. Our surest means of coping with the discomfort is to manufacture meaning by forging a relationship between the data and an explanation – a story, in other words – of why the data is what it is and how it got that way– what Taleb refers to as the ‘narrative fallacy.’ [vi] Of course, the problem with this phenomenon is that we are fabricating our understanding – stories make us feel as if we can clearly perceive or even predict a chain of events, when that is far from the case. Narratives can be effective and efficient in stable, ordered environments where there is a consistently observable cause and effect, but financial markets are anything but this. Our focus on narratives leads us to hugely understate randomness and chance, and is a major driver of some of our most damaging behaviors. (It’s also the reason that “black box” predictive analytics that may work very well for, say, an online retailer can be very misleading when applied to making investment decisions, as Essentia Analytics CEO Clare Flynn Levy pointed out in a recent blog post.)

As discussed above, the perception still holds that news and narratives drive price fluctuations, when the causation is typically the reverse. We struggle to comprehend that asset prices often move in a random or unpredictable fashion, therefore we must attach some explanation to it. The more regularly an asset is priced, the more narratives that will be linked to its behavior – for frequently traded, market-priced assets, most investors have little hope of escaping the swarm of narratives.

There is a close association between how we use narratives and the notion of confirmation bias. Typically, we think of this phenomenon as our desire to seek out evidence that confirms our pre-existing view and avoid that which might contradict it; however, there is more to it than this. It is not simply that we ignore or certain types of evidence, it is that we can shape a narrative around a particular piece of evidence so it concurs with our own preconceived idea – in this way, two individuals with polar opposite views can use the same evidence to support their conflicting positions, as University College London professor Tali Sharot explores in her book The Influential Mind. This type of behavior is particularly prevalent in financial markets because the level of uncertainty means that there are always different and (seemingly) valid explanations. As noted in the juror example, narratives are not simply a means of presenting evidence in a coherent manner – they can bestow a particular meaning to the evidence.

As well as creating our own narratives, we are also captivated by the stories of others. Stories are engaging, compelling and persuasive; it is far more interesting to hear yarns of how a fund manager met with the CEO and toured the new factory, rather than discuss probabilities and uncertainty, which are almost always more relevant considerations in an investment decision. Storytelling in a sales context is particularly effective if the teller holds an information advantage over the listener (as is often the case in an investment context) – as the recipient often has no robust means of assessing the credibility of the story, and therefore is left making judgements based on how convincing or well-delivered it is.

If we return to the opening quotation from Robert Shiller’s work on ‘Narrative Economics,’ he notes that narratives are “mixtures of facts, and human emotion, and human interest and other extraneous detail.” To that we can add that the types of narrative we create for ourselves will be based on factors such as our character, experience and incentives – not necessarily just the objective facts before us. The problem is that for many compelling investment stories, facts are often only a small dose in the overall mix of contributory elements.

Most of us won’t make an investment decision without it being supported by some form of story, and that’s fine; stories are very effective and can be very valuable. But we must also take the time to understand the credibility of the narrative, the data that underpins it –and our own role in shaping it.

The opinions expressed above are Joe Wiggins’ and not those of Aberdeen Standard Investments.