Charley Ellis is an investment consultant and writer, dubbed “the wisest man on Wall Street” by Money Magazine. His book, Winning the Loser’s Game, was lauded by Peter Drucker as “by far the best book on investment policy and management.” Charley founded Greenwich Associates, an international strategic consulting firm focused on financial institutions. He has chaired Yale University’s investment committee and served as Chairman of the Board of the Institute of Chartered Financial Analysts.

Charley is a Non-Executive Director at Essentia Analytics.

Ted Williams, gruff, aloof and taciturn, produced a great batting record over his 22 years of playing baseball, and wrote one of the best books on the sport, The Science of Hitting.

Filled with insights gained from intensive study, every analyst and portfolio manager would benefit from reading this superb compilation of lessons learned and how they can be applied to investing. 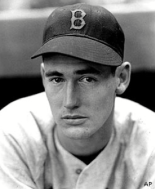 Ted Williams (1918-2002) was a professional baseball player for the Boston Red Sox. Six times American League batting champion, his career record would have been even better had he not been called to active duty in Korea in 1951-1952, the years in which – during the months he played ball – he averaged over .400.

Expert investors know that hitting home runs in the stock market is hard. So many complex judgements must be just right: estimation of future earnings produced by the confluence of myriad factors inside and outside the company; changes in other investors’ perceptions and projections; and estimations of future market valuations. That’s why investors are unusually well-positioned to understand Ted Williams’ assertion about the difficulties of hitting in baseball. “Hitting a baseball – I’ve said it a thousand times – is the single most difficult thing to do in sport.” That statement commands attention, particularly among competitive people in the notoriously competitive and constantly measured field of investment management. 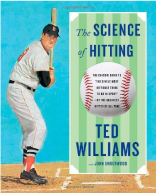 First published in 1970 and then revised in 1986, The Science of Hitting is still widely read by novice and pro baseball players.

Having caught our attention, Williams continues. “I get raised eyebrows and occasional arguments when I say that, but what is there that is harder to do? What is there that requires more natural ability, more physical dexterity, more mental alertness? That requires a greater finesse to go with physical strength, that has as many variables and as few constants, and that carries with it the continuing frustration of knowing that even if you are a .300 hitter—which is a rare item these days—you are going to fail at your job seven out of ten times? If Joe Namath or Roman Gabriel completed three of every ten passes they attempted, they would be ex-professional quarterbacks. If Oscar Robertson or Rick Barry made three of every ten shots they took, their coaches would take the basketball away from them.”

As though he was talking about great stock pickers or portfolio strategists, Williams goes on, “Baseball is crying for good hitters…  Hitting is the most important part of the game; it is where the big money is, where much of the status is, and the fan interest.”