5 of the Biggest Cons in US Financial History

At Behavioral Alpha 2018, Dr. Maria Konnikova will take us through the behavioral science behind “the con,” and why even the savviest investors are susceptible to it.

In a nod to her, we present 5 of the biggest cons in US financial history, in rough chronological order: 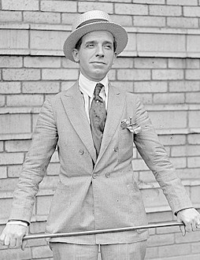 Charles Ponzi, whose name has become synonymous with “financial con”, was an Italian swindler who immigrated to America in the early nineteen hundreds. Born to a once-wealthy family that had fallen on hard times, he briefly went to work as a postal worker, but gave it up to live a jet-set life with his friends at university, in Italy. By 1908, he was broke and his family, hearing success stories from “the land of opportunity”, pushed him to try his luck in America.

Ponzi arrived in Boston with $2.50 in his pocket, and worked his way up from washing dishes, to waiting tables (and getting fired for stealing), to clerk and ultimately Bank Manager, at Banco Zarossi in Montreal. It was at Banco Zarossi that Ponzi observed the “stealing from Peter to pay Paul” that became the trademark of the scheme that would eventually bear his name: when one division of the bank got into trouble, Ponzi’s boss funded its interest payments using a constant stream of new deposits.

By 1920, Ponzi had been to jail and back for forging checks, but was nowhere near ready to go straight. He identified an aribtrage opportunity in “postal reply coupons” whereby he claimed that, due to the arbitrage arising from differing postal rates in different countries, the coupons would produce a 50% profit in only 45 days. Thousands of people lined up to invest, as he paid early investors from the proceeds of subsequent ones, “proving” his case.  When the scheme finally blew up, investors lost nearly $10 million. Ponzi went to jail for about 15 years before being deported. He eventually settled in Brazil and died penniless.

2. VICTOR LUSTIG (The Man Who Sold the Eiffel Tower – Twice) 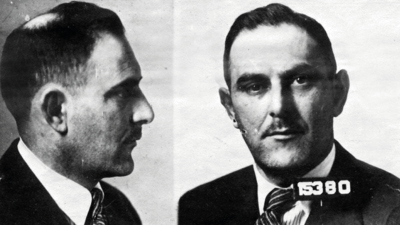 In 1925, “Count” Victor Lustig, an Austro-Hungarian con man with a lengthy criminal career behind him, went from America to Paris. There, he commissioned stationery with the official seal of the French Government.

Next, he went to a well-regarded hotel, presented himself as a government official, and wrote letters to the top people in the scrap metal industry, inviting them to a meeting at the hotel. At the meeting, he confided that, for reasons he was not at liberty to discuss, the French government was going to be tearing down the Eiffel Tower, and the scrap metal was to be sold to the highest bidder. The bids flooded in.

Lustig apparently pulled off the Eiffel Tower scam at least twice, but when he finally went to jail, in 1935, it was for running a massive counterfeit banknote ring. Not long after, he escaped from the ‘inescapable’ Federal Detention Center in New York, before being recaptured and sent to Alcatraz. He died in prison in 1947. 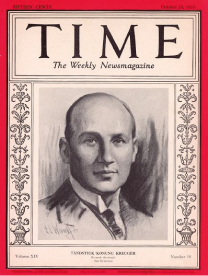 In order to secure the international support required to create a global monopoly, Krueger loaned money to governments at single-digit interest, while paying his investors double-digit dividends. The financial statements he shared with investors in order to attract a continuous flow of new capital were fabrications. The scam began to unravel during the stock market crash of 1929, when investors wanted to cash out. Krueger held on until 1932, when he was found dead in his apartment, allegedly having shot himself in the chest. The financial world mourned, until it became publicly known that he had spent much of his investors’ money – $250m (or $3.75bn in today’s dollars) – on his own luxurious lifestyle.